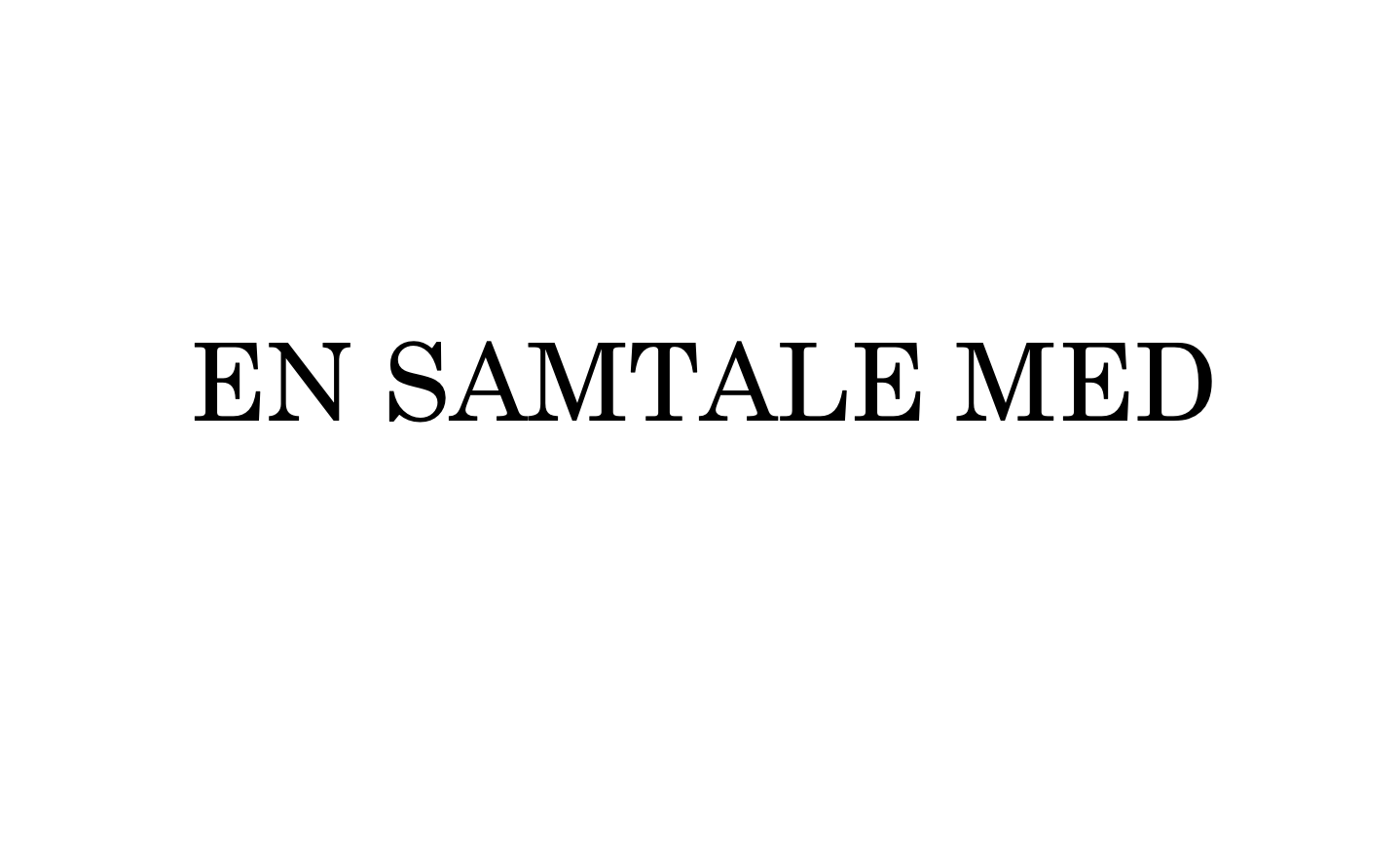 Pia Rudolfsson Goyer is a fantastic example of a woman with a spectacular career, a healthy family, and a beautiful personality. Currently, Pia runs her own consulting company and contributes to the Norwegian Forum of Responsible Investment (NORSIF).  By: Aleksandra Ponomareva, Economics and Management. Aleksandra: You’re a very experienced, strong, and smart woman, but also seem well-balanced and … Les mer 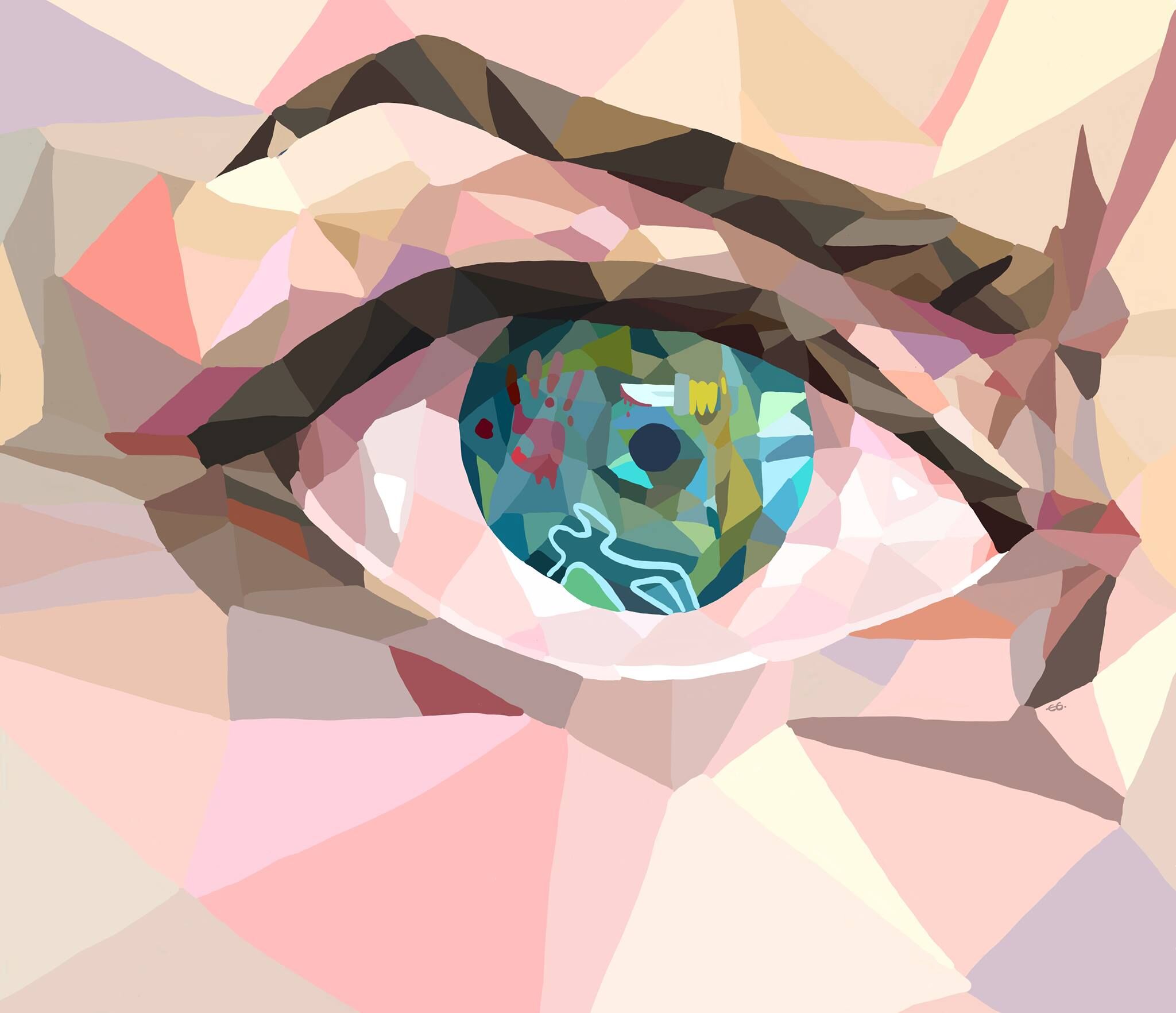 After over fifty years as an outlawed intoxicant, LSD is making an unlikely comeback as a panacea of mental health.   By: Dominic Munton, Historie-Engelsk Lektorgrad Picture: Alex Rhek Usow / Rhek Creative  If you’ve kept an eye on the news over the past year, you’ve probably seen a few surprising claims: “Psychedelics can have beneficial effects on mental health”, or “Ecstasy being … Les mer 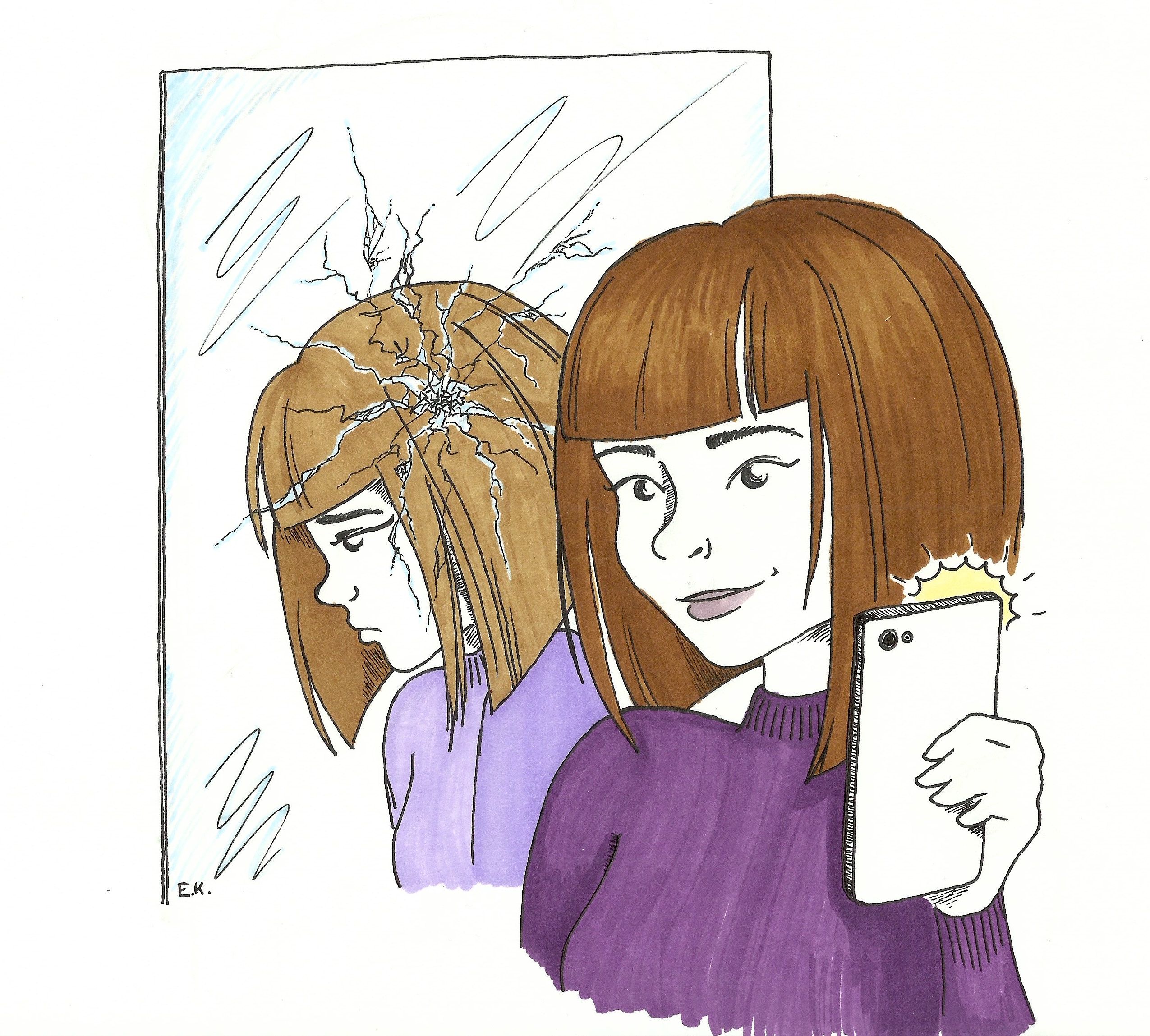 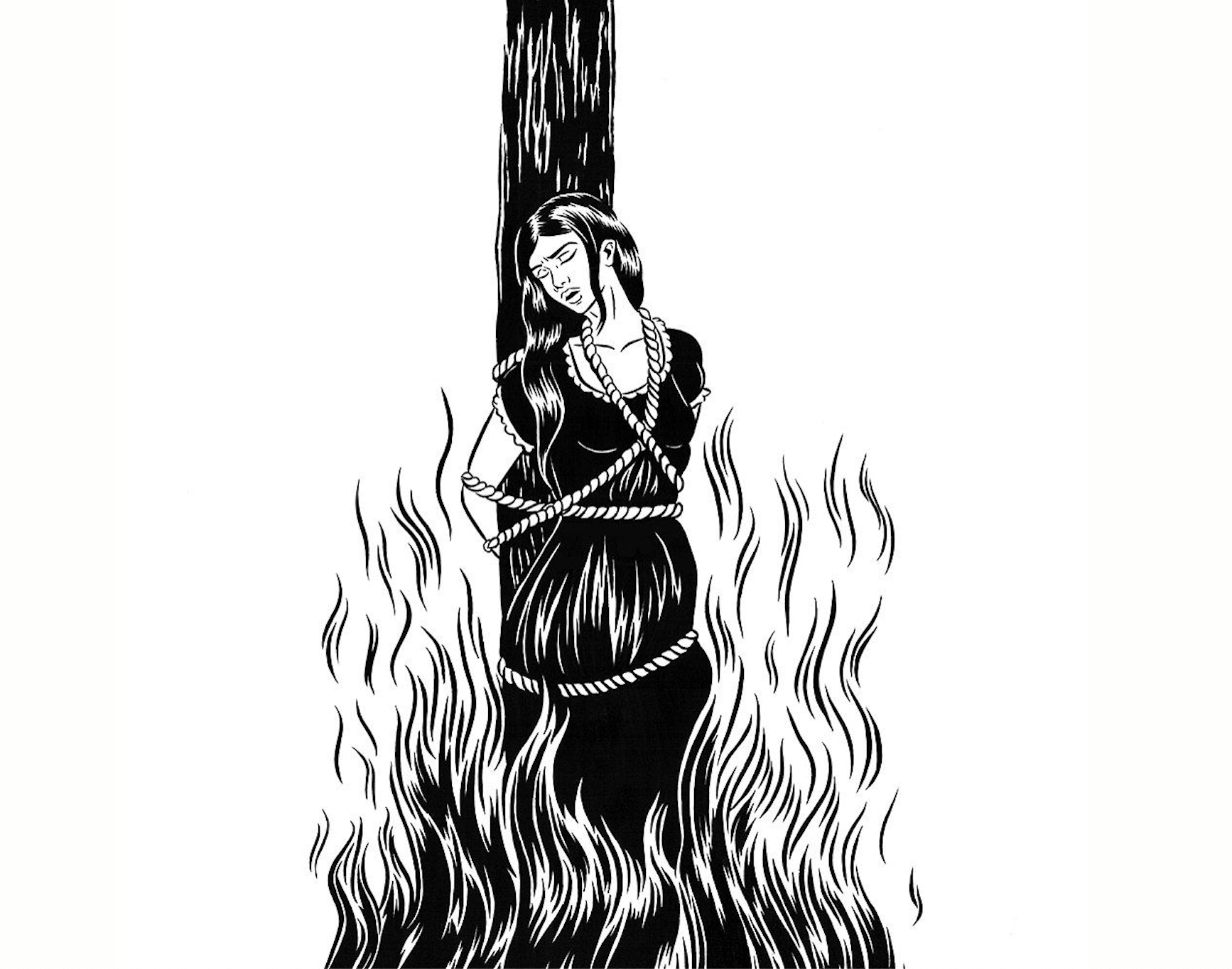 By: Anton Lymarev, English BA Illustration: Stellar Leunar. “The witch!” – they cried in terror, – “She’s coming back for us!” Blam! Flood of scarlet, hemorrhage From scattered body parts.  A feast of rot abundance That used to be a town Has formed a deadly aura Around her sullied gown.  They ran, they sobbed and tried to hide, But … Les mer 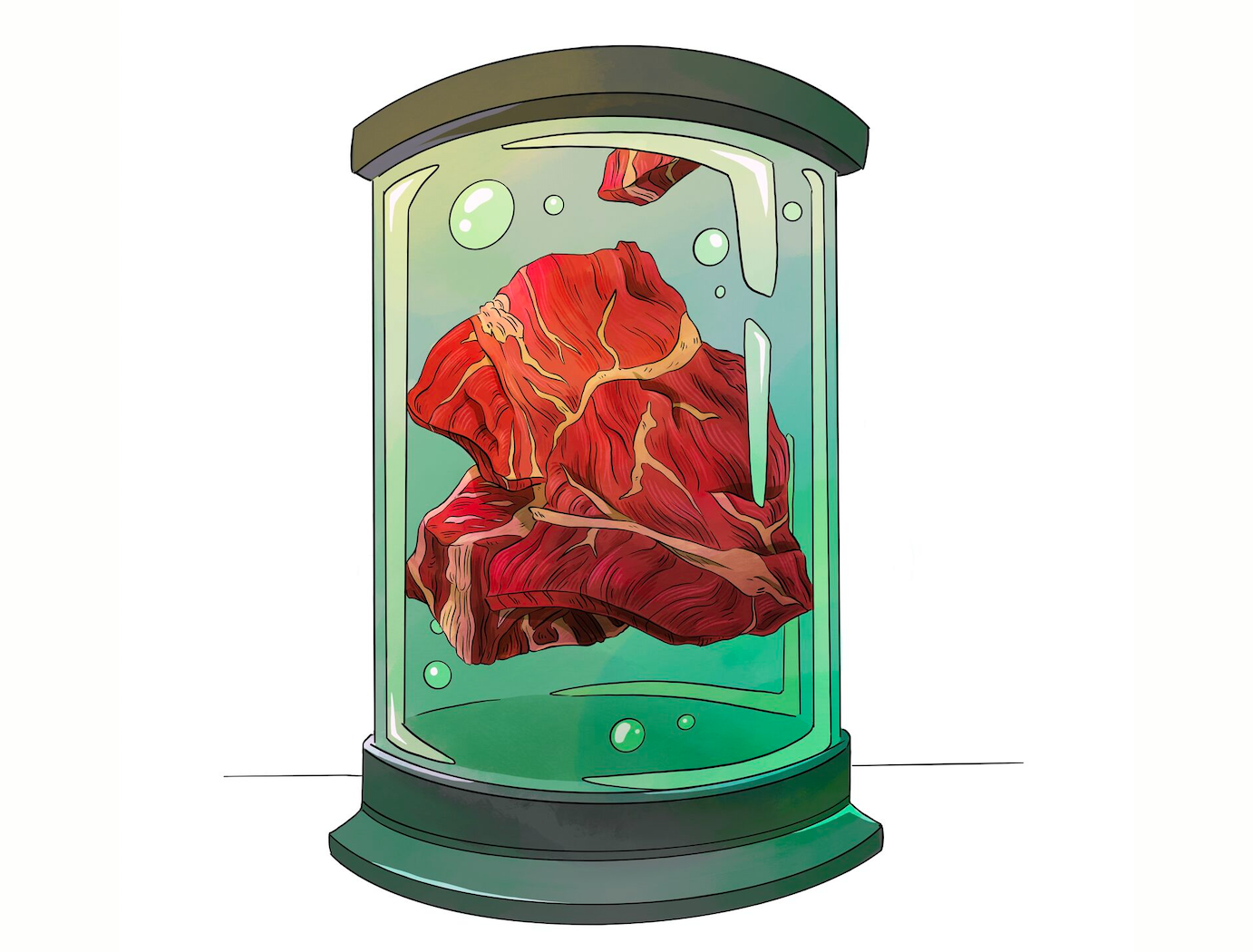 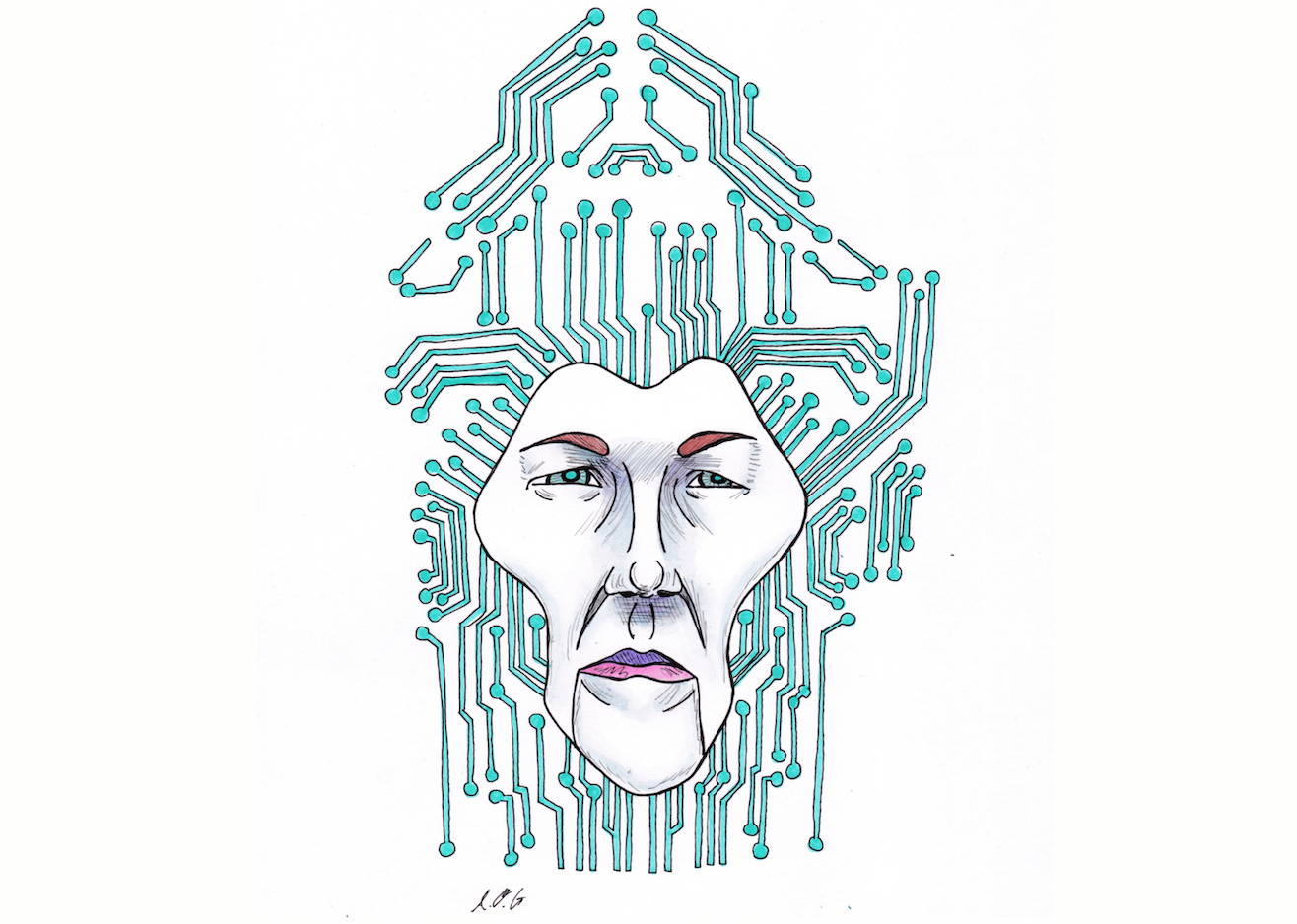 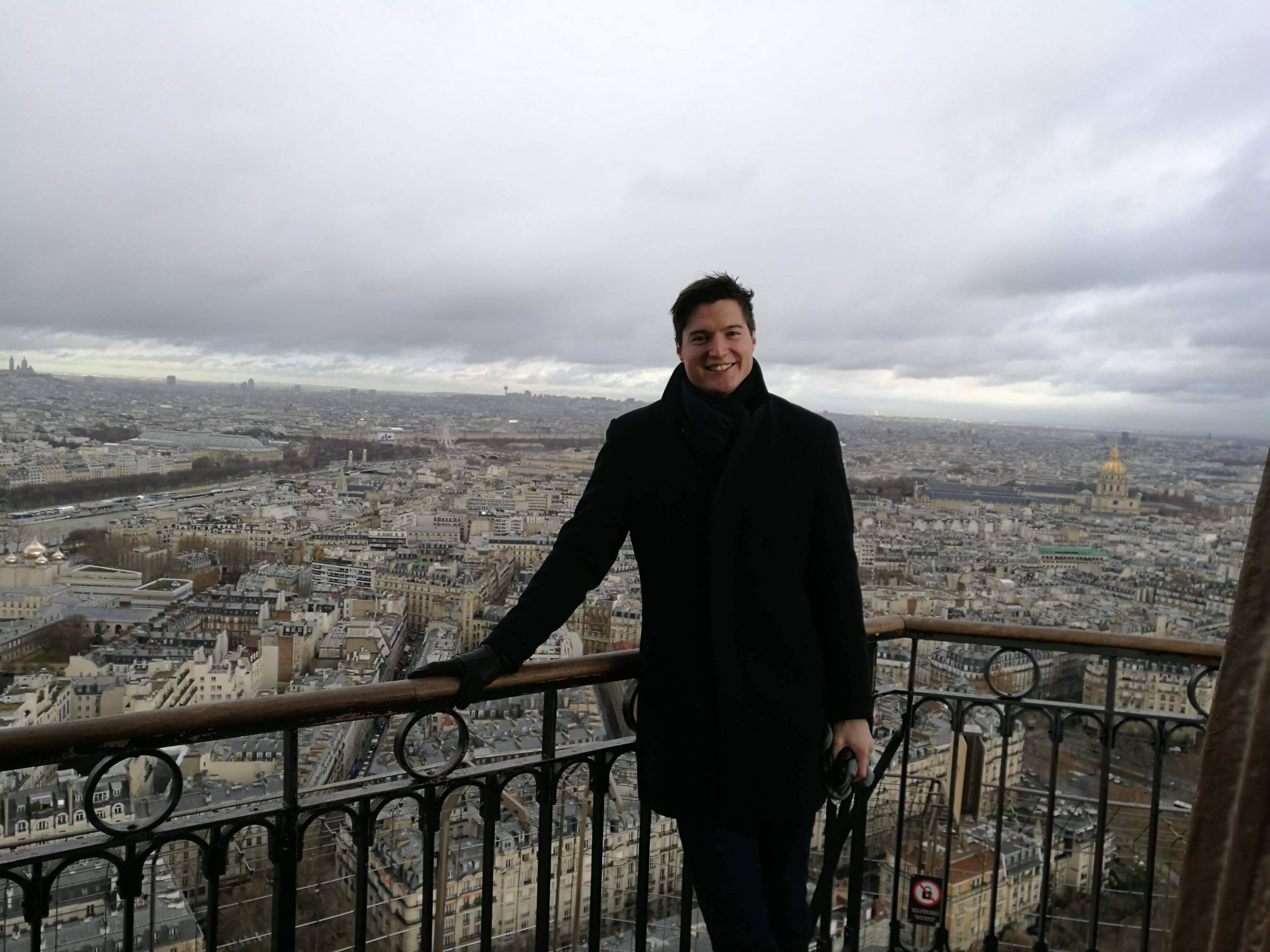 Hollywood is flooding the world’s cinemas with blockbusters featuring all-powerful female replicas of iconic, male characters. While the industry seems to have run out of interesting stories to tell, this trend does little to make popular cinema a valuable contribution to gender equality or society in general. Rather, it is rendering itself irrelevant as a field of social commentary and tool of social evolution.

By: Cecilie Lilleaas, Master in Peace and Conflict Studies

Can you think of someone who did not enjoy Ocean’s 11, 12 and 13? Probably not, unless they really do not like heist movies at all. Most of us have, however conflicted it may be, a relationship to James Bond. If someone mentions Terminator, we know they are talking about a monstrously large bodybuilder turned governor by the name of Arnold Schwarzenegger. Batman and Superman, Ghostbusters and Karate Kid amaze new and old generations still. What are their common denominators? They are films that have impacted on the popular definitions of ‘hero’ and ‘genius’ – traditionally meaning men with above average muscle power and/or ingenious skills, who sooner or later employ that skillset to do something cool, admirable and/or brave.

Eventually, an awareness that the women in these movies played the parts of more or less attractive and cumbersome accessories must have registered with someone behind the wheel. This realization has over time led to an increased attention, even in male-dominated Hollywood, to how one presents female characters on screen. For some, this may have presented itself as an opportunity to explore a whole new set of themes and for others, provided newfound inspiration to produce new movies for cinema. But alas, some clever clogs figured it would be much more profitable to remake all those male-led classics with women instead. Add on the label of finally aiming for long sought-after equality in a film industry overrun by white, balding men in all their departments, and it could even be advertised as ‘female empowerment’.

There has been surprisingly little critical evaluation of what it entails to force women into male roles and label it ‘gender equality’.

Thus, the audience were offered Ocean’s 8, another Ghostbusters, the tv-series Supergirl,

Terminator: Dark Fate, and so on. And we can look forward to a female James Bond and Band of Brothers. Many have applauded this evolution of events. Post-#metoo, few are left with any illusions about this industry’s relationship to its female workforce, and any improvement can be seen as positive. On the other hand, there has been surprisingly little critical evaluation of what it entails to force women into male roles and label it ‘gender equality’.

The values and behaviour so prized in the traditional, gritty action movies are usually a reflection of a particular form of strength; the no-nonsense (read: feelings and such uncomfortable, feminine stuff), physical, aggressive, controlled and rational kind.  The fact that women were being offered these roles was a true change. It showed that just the idea of women being capable of violence and aggression was not ridiculous anymore. However, this was about all that changed. Those who expected a deeper change, maybe even blockbusters that showed other kinds of strength in both male and female characters, must remain disappointed.

Somehow, the only change that took place was the sex of the character, and any portrayal of how both men and women may be more multidimensional than the classic strong-man-who-struggles-with-feelings-but-is-a-cool-killing-machine stayed conspicuously absent. Women were allowed to adopt a range of characteristics usually reserved for the male gender, and state that: ‘finally, we’re strong too – finally we’re equal’. However, feminism is the belief in equal rights and opportunities for men and women, not in equal results. Hollywood seem to be under the impression that feminism is about replacing the patriarchy with a matriarchy – or, perhaps more simply they have reached the creative limits of white, male Hollywood-directors pushing 70, and found that recycling was a better option than innovation.

These female characters who shoot, punch and kill their way to the end of the plot can be entertaining enough to watch, and the point is not that women cannot or should not have roles like these – there are just so many of them, and so few of those stories tell something different. Not to mention countless examples of how the complexity and strength of female characters from books are butchered in the movie adaptations. Cinema will probably never go back to a time in which the quality and originality of the film decides whether it makes it to the big screen. The primary motivations behind what movies are made, where they are distributed and how they are advertised are concerned most with dollars, and least with creativity, art and social enlightenment. In other words, there are obvious and legitimate grounds to question whether the sudden enthusiasm among Hollywood-producers for women with big guns and jiujitsu moves represents any substantial form of female empowerment.

There is at least a general agreement among those who care that feminism, equality and female empowerment is about creating space for more diversity. A creative industry with a wish to improve on these dimensions would then do well to come up with a more broad set of cultural products reflecting a range of different experiences, feelings and predicaments, with a range of different women and men – regarding gender, class and race, but also with a variety of values, behaviours, thoughts, dreams and needs. Is the old boys’ club of filmmaking open to recruitment only to those women who agree with their take on equality, feminism and what constitutes an exciting movie?

Clearly struggling to make independent movies about women, movies that do not have to place women on the shoulders of or in the shadow of male icons, the film industry signals that a story about women independent of men is unsellable, uninteresting and unworthy of cinema screens.

All in all, the goal of improving gender equality by the film industry’s leaders and power holders should indicate a substantial effort to give their audience complex, multidimensional characters – male and female alike. Contrary to present efforts, it should entail a halt to the recycling of old formulas and instead embrace the creation of new ones to a larger extent. Cringy, all-too-obvious powerpuff scenes (ref. Avengers: Endgame) where women fight the way men have traditionally been thought to fight, or creating female copies of a male character who carries an even bigger gun than the original – of course, to save another damsel in distress – is not going to cut it.

Equality could mean re-defining strength and developing a more reflected view of heroism and courage. History does not lack sources of inspiration when it comes to stories of strong, heroic or ingenious women, even if they do not fit into the limited ‘male’ blueprint. And as for that blueprint, it leaves much to desire when it comes to presenting men as beings with more than three feelings and two hard-hitting fists.

Clearly struggling to make independent movies about women, movies that do not have to place women on the shoulders of or in the shadow of male icons, the film industry signals that a story about women independent of men is unsellable, uninteresting and unworthy of cinema screens. This devaluation of ‘feminine’ experiences comes at the expense of both genders, as it limits presentations of men with broader physical, emotional and mental skillsets. Arguably, it deprives the audience of valuable learning too, as many defining moments in history have involved ‘invisible’ women – especially in violent conflicts.

Without portraits with more depth, this ‘revolution’ will be little more than a shallow, artificial form of political correctness. Quite contrary to the stated aim of empowering women, it disempowers all. Popular cinema’s potential is reduced to reinforcing outdated stereotypes about male and female abilities and qualities. The overkilling of feminism alienates both the female audience, who are offered distant ideals, and a male audience, who are offered the same characters as always – just with the rather minor difference of an alternative set of reproductive organs. 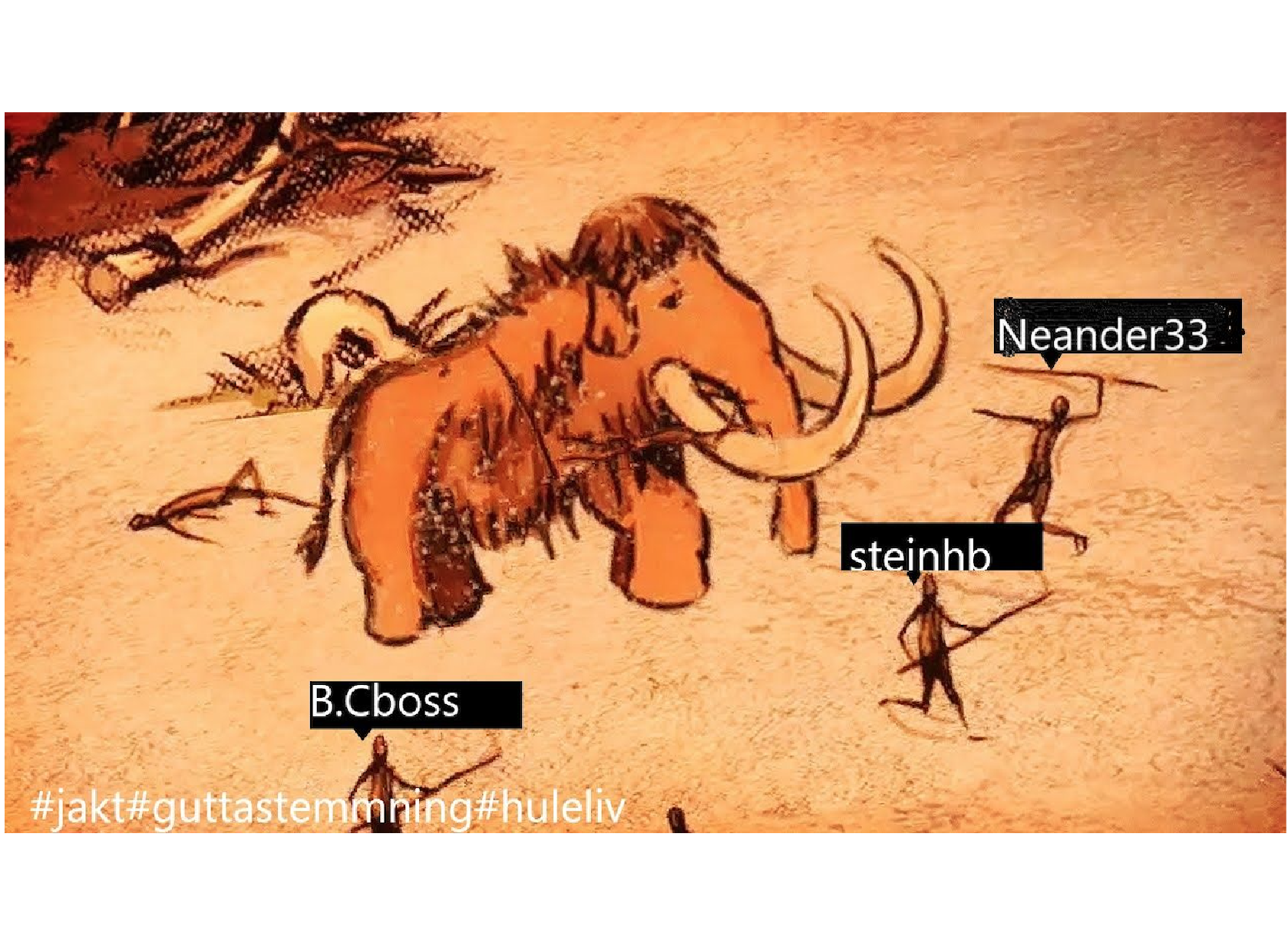