After the terror last year, Jens Stoltenberg struck a chord that resonated within the Norwegian people when he stated that “our response will be more democracy, more openness and more humanity, but never naivety”. Rather than discussing the naivety aspect as many others do in the wake of the Gjørv-commission, this article will focus on what ‘more democracy’ could and should entail.
Why should we respond as a society? 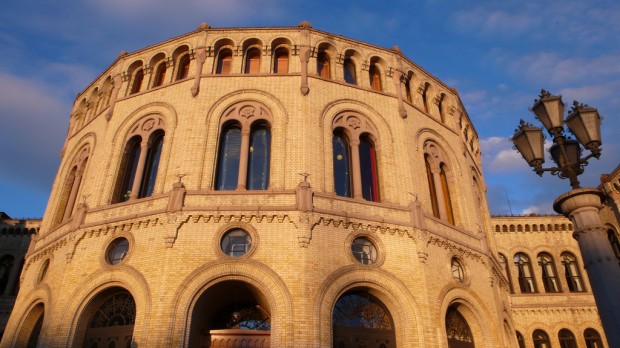 The conclusion of the Breivik trial was that he is responsible for his actions in juridical terms.  Whether the reasons for his actions mostly are to be found in his upbringing, narcissistic nature, or elsewhere, there are strong reasons to suspect that there is an element of political motivation as well. His political aims are right wing extremist, and according to Breivik’s lawyer Lippestad, he receives a lot of letters of support. According to observers of right-wing extremism, such as research-fellow Jupskås from our own university, right wing extremism has a larger growth-potential in the internet age. Although Breivik’s vision of a future Norwegian society seems unrealistic, forces advocating visions resembling his own might grow rapidly. To claim otherwise would be to deny recent European history, and be close to naivety.

To become less naïve is one way one can respond to the threat of future political extremists; we can implement better security measures everywhere. Another way to act can be to reduce the number of extremists, that is, we can ask why people become political extremists, and consider whether we can make social changes which remove the fundament for creation of extremists. The rest of the article is built upon the naïve belief that by making it easier for everyone to participate in a meaningful way in politics, we can reduce the number of future extremists.

How do Norwegians think about democracy?

I will argue that Norwegians can be led to become more conscious of the gradual character of democracy following Stoltenberg’s speech. To be able to make this argument I need to make a few claims. The first is that most Norwegians think they live in a stasis of democracy, and they base this belief on knowledge of the most fundamental and stable kinds of political institutions and practices of our society, that is the political regime we have. The second claim is that to live in a democratic regime is very desirable for us Norwegians, and can influence our decisions about politics (usually towards other countries,because Norway already is a democratic regime). An example could be that giving aid to corrupt democratic regimes is better than giving aid to corrupt non-democratic regimes, perhaps even better than giving aid to a non-democratic non-corrupt regime. Restated, the second claim is that when one makes arguments based on democracy as regime, the arguments usually become very strong and hard to defeat in public discourse. The debate about the Muhammad cartoons is perhaps a case that shows the plausibility of this claim, although freedom of speech might not be conceived as a fundamental element in a democratic regime by all Norwegians.

The third claim is that even though Norwegians may have concepts of democratic decision-making processes, these processes do not have the same kind of value for Norwegians as living in a stasis of democracy understood as regime. Processes which are perceived as undemocratic will usually hold less influence on the Norwegian voter’s behavior than other factors, such as economy. To state an example I claim that even though the supposedly undemocratic special-treatment of Christian Ringnes and his sculpture park may infuriate people, it will probably not turn many votes; more grave cases of undemocratic process will be required. It is perhaps paradoxical to the voter that he can vote in a democratic election, in a democracy in protest against non-democracy.

The argument is that the most plausible interpretation of “more democracy” disallows satisfaction with the current state of democracy; it conflicts with a static conception. “We need more democracy”, referring to Stoltenberg, suddenly became something one could claim in public discourse. We should not interpret the call for “more democracy” as a comment on the lack of democracy in Norway; that goes against common sense. The interpretation which I advocate and believe is closest to Stoltenberg’s later response is that democracy must be understood as gradual;complete democracy is impossible, we can have it to different degrees. If my first claim is right, Norwegians could change their thinking about democracy from something that could only give practical implications when it had to be defended, to a concept which might give implications for how one should act in many political situations.

Admittedly there are some options to the interpretation I advocate. We can understand “more democracy” as the continuation of the regime we had before July 22, which is preserving what we had. Some of the commentators in Morgenbladet’s edition on “more democracy” and commentators in Aftenposten seemed to advocate the last understanding. Do however look up what Stoltenberg responded in Stortinget to what more democracy should mean at regjeringen.no (search “Tiltak for mer åpenhet og demokrati”), a response which emphasizes improving participation-opportunities for immigrants, voters and civil society. This builds on a democratic conception closer to the one I advocate than just preserving democracy as it was. A Google or Retriever search for “More democracy”  show that many Norwegians use the phrase in public debate to argue for more democracy in a sense that does not correspond to “more democracy” as just preserving it.

The reader may ask: So what? I am not sure whether this actually matters (indeed writing this article without empirical basis makes it feel like constructing a conspiracy-theory), but the second part of my argument may perhaps provide a reason. According to Jürgen Habermas, coordination of social action can be done in three ways; through the market, through bureaucracy and through democracy. I attended a lecture recently, where an economist claimed that socioeconomic and juridical concerns tend to influence which decisions may be taken and will be taken in Norwegian politics a lot.No mention of democratic concerns put forward by sociologists, political scientists and philosophers. One can agree or disagree with Habermas, what matters here is that one can hardly expect democratic concerns to have a great impact on politics as long as people are satisfied with the existing amount of democracy. If a gradual conception of democracy is adopted by civil society, and the people shift their goal from “staying in a stasis of democracy” to something like “achieving a more democratic regime”, decision-makers could be pressured into taking democracy more seriously. The recent NOU (Norwegian Public Report) “Europautredningen” covers an area where democratic concerns possibly should be given greater influence.

A second argument for why “more democracy” matters can be borrowed from political theory. Rousseau in On the Social Contract and Arendt in On Revolution place particular importance on the constitution of a people, which according to their theories give an ethos to the population, enabling it to form and function as a community. For these writers the word constitution is not the same as the basic law of a country, but the goals, ideas and principles the people shared at their founding moment.This founding moment can be terribly difficult to define. The same goes for the content of the constitution; Ask the Norwegian people what makes them Norwegian, or even better why they stick together with those others they call Norwegian in a political community. If the strength of the belief in the constitutional ideas vanishes, it will inevitably lead to the destruction of the people according to Rousseau.That is, when a people no longer has a single agreement on what it should direct its combined force at achieving it ceases to be a people. Indeed Arendt understands freedom as the capacity to start something new, and describes in On Revolution the Foundation of the US as the exemplar of how freedom was created through a collective act. The American people have since prospered, constituted themselves with such strength that the constitutionality of policies is fundamental in political decision-making and public discourse. Indeed the Tea-party movement has recently risen supposedly because it believes current American practices are unconstitutional.

Stoltenberg’s words certainly made an impact, but can his speech also contribute to strengthen consensus on what our country should strive for? “More democracy, more openness, more humanity, but never naivety” might already have grown into more significant parts of our constitution. The full answer when it comes to “more democracy” might hinge on whether it is possible to get the students and the public more interested in democratic theory, allowing a public discourse which goes beyond rhetorical questions such as “where is the more democracy?”.