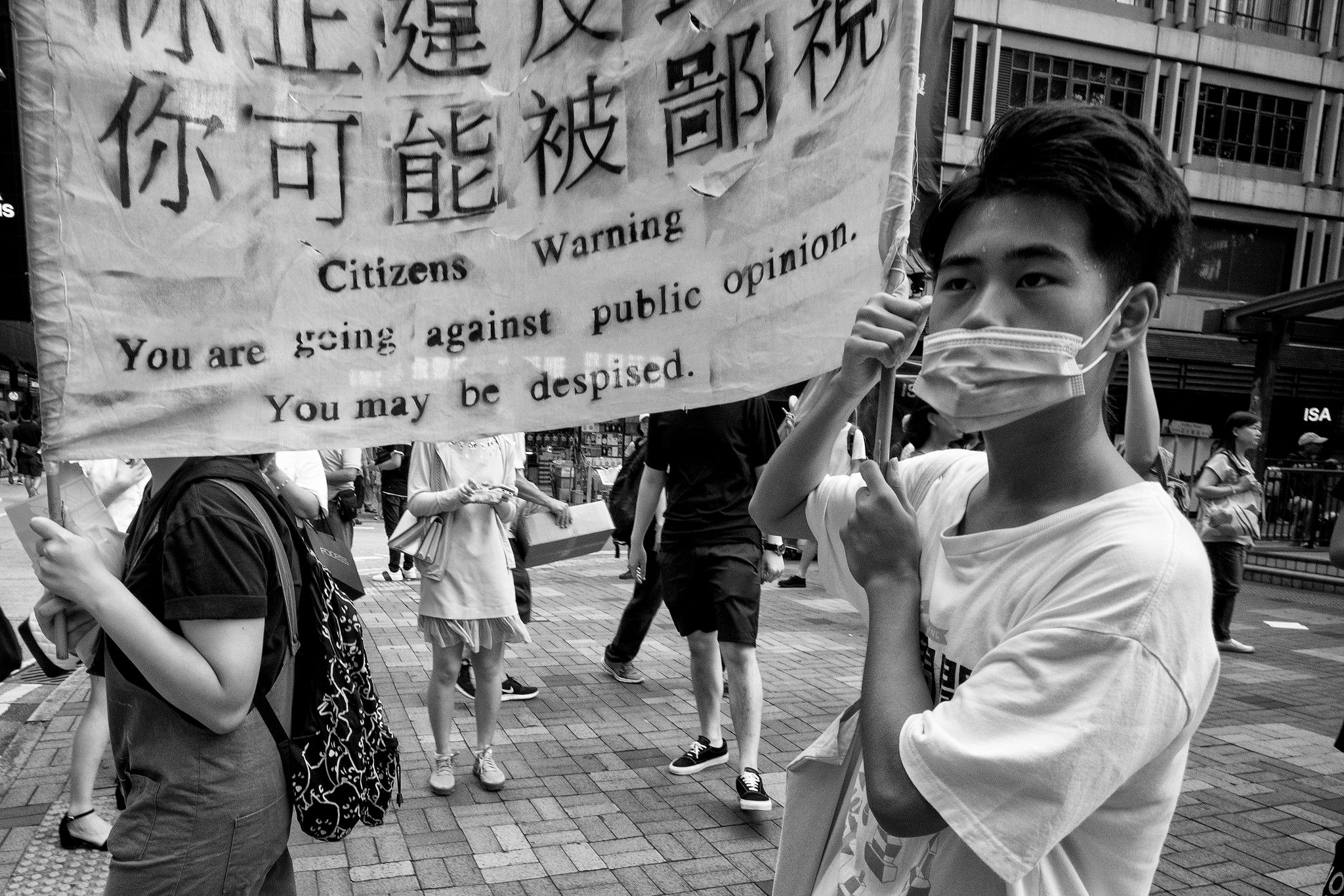 Tekst: Martine Asker, Master in Political Science with a Bachelor in China studies Foto: Jonathan van Smith //flickr.com In Hong Kong, due to the COVID-19 pandemic the protest movement of the latter half of 2019 was forced to a pause. As the world quarantined itself, the government seized the opportunity to implement … Les mer 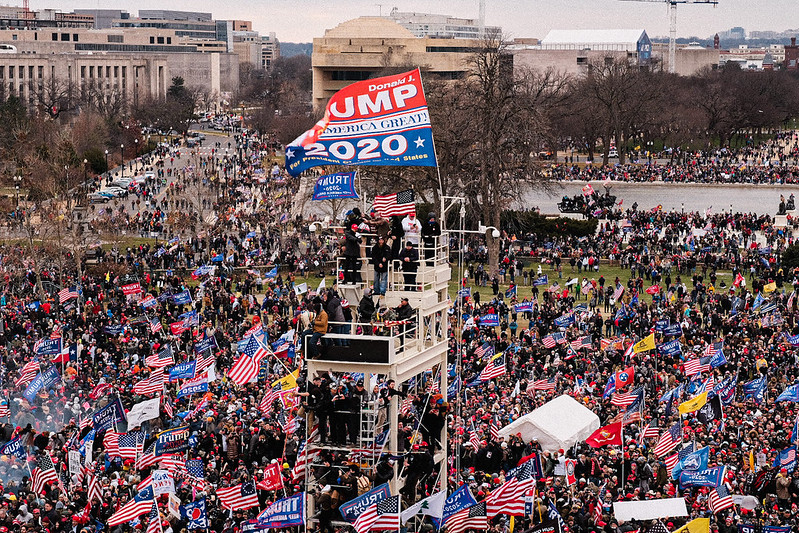 The youth of Hong Kong write their own narrative through mass protests, reflecting a long-standing call for self-determination and democracy.

Tens of thousands of Hong Kong protesters took to the streets for peaceful marches in April 2019, demanding the withdrawal of a proposed extradition bill that would legalise the extradition of fugitives to mainland China. More than 1,000 protests and 10,000 arrests have followed as protesters stormed the local legislative council, attacked police stations, blocked Hong Kong’s airport, occupied universities, and gathered in violent mobs. Despite youth crime being remarkably low in advance of the first protests last year, CNN covered the protests with the headline “A generation criminalized: How six months of protests changed Hong Kong forever”. The youth represent a driving force in the call for democracy.

(…) I can see with my own eyes that Hong Kong is sinking. It is moving backwards.

To understand today’s protests, it’s necessary to consider Hong Kong’s history. Hong Kong was a British colony for over 150 years until it was returned to China in 1997 under the disputed ‘one country, two systems’ arrangement. In theory, this arrangement should secure Hong Kong autonomy to enjoy its own democratic legal, political and economic systems for another fifty years. However it is uncertain how such a transition to Chinese Communist leadership will unfold, and unclear to what degree the ‘two systems’ will persist.

In 2014, unrest in Honk Kong accumulated in light of the island’s uncertain future, leading to the protests known as the ‘Umbrella Movement’. These first protests focused on resistance to increased Chinese influence and demands for democratic electoral reform. When police deployed pepper spray and tear gas, protesters used their umbrellas as shields and umbrellas became a unlikely symbol of resistance. However, the government made no concessions to the protestors, and after two and a half months the protests subsided. The protests of today can be seen as an extension of the Umbrella Movement which had a radicalizing effect on Hong Kong’s younger generation.

When the extradition bill was proposed in April 2019, critics warned that such a bill would give China greater control on the island and endanger Hong Konger’s freedoms. Organizers estimated that over one million people gathered in peaceful mass marches on June 9. Further it is claimed the number of protesters rose to two million on June 16, although the Hong Kong Police claim that only 338, 000 were present. As months passed with growing discontent, clashes between protesters and the police grew increasingly violent. Eventually, Carrie Lam, Hong Kong´s chief executive, offered her “most sincere apology” and the extradition bill was officially withdrawn in September 2019. This represented an important concession to the protestors’ demands, but it was too little too late.

Following months of street battles, the protest movement united around the slogan “Five demands, not one less”:

Today, only the first demand has been met. Demands 2-4 are all tied to clashes with the police as protesters call for justice concerning police brutality, recognition as protesters not rioters, and release of arrestees. The final demand for full universal suffrage calls for the democratic election of both the Legislative Council and the Chief Executive.

Though there are two sides to every story, the Hong Kong Police Force has been criticized for failing to distinguish between the majority of peaceful protesters and a minority of violent ones, treating them equally as rioters and responding accordingly. The police have fired over 16,000 rounds of tear gas and 10,000 rubber bullets within a six-month period. They claim to have used the minimum necessary force to respond to violent protesters, but have been criticized worldwide as shocking incidents of police brutality caught on camera have circulated on the internet. Out of the public eye, Amnesty International have documented “arbitrary arrests, brutal beatings and torture in police detention”, and have inquired for a full investigation of the police response to the protests.

It is disputed how a transition to Chinese Communist leadership will unfold, and unclear to what degree the “two systems” will persist.

Police brutality in Hong Kong shocked many, shattering the force’s previous image as internationally-renowned keepers of the peace. Martin Purbrick, a former Royal Hong Kong Police officer and author of the article ‘A report of the 2019 Hong Kong protests’, claims that the police is facing a crisis of legitimacy. Purbick opines that the police are both the “face of the government and the target of protesters”; with this in mind, one can argue that police brutality actually reinforces Hong Kongers’ discontent with their government. According to the Hong Kong Public Opinion Research Institute, satisfaction with the police is now at a record low: around 20% in November 2019, compared to 50% in June 2019 and 68% in June 2009. Moreover, Hong Kongers’ trust in the Beijing government has declined drastically from around 40% in September 2018 to 22% in August 2019.

Overall, the protests reflect a call for democracy, in which the youth play a significant role. CNN have documented that of the first 6,100 people arrested around 40% were students, 900 of whom were under eighteen years old. One year after the protests started, from June 2019 to May 2020, this number increased to 8,981 arrests, 1,707 of whom were under the age of 18 and 5,640 of whom were between of the ages of eighteen and thirty, according to South China Morning Post. In an interview with CNN, 22-year old student ‘Edison’ said “Honestly I’m so scared, but I have no way to escape. I fear China greater than the Hong Kong police. China does not have democracy and freedom.”

Universities – a space for democracy building

To facilitate continued resistance in the face of police brutality and arrest, protesters developed strategies around the principles of decentralized leadership, flexible tactics, and unity and coercion. In addition, students occupied five of Hong Kong’s universities with two things in mind: First, Hong Kong universities are private property and are thus protected under the law due to protocols which prevent police from entering campus except for under emergency situations. Second, universities also serve as spaces for democracy building due to their function as education providers; thus they represent the freedom that the Hong Kong youth is fighting for. In this context, it is easy to understand why tempers flared when police officers surrounded universities and demanded that protestors retreat, threatening them with arrest and live ammunition. At the Hong Kong Polytechnic University, protesters built brick walls, slingshots and fired hundreds of gasoline bombs. The police retaliated with tear gas and deployed water cannons, arresting over 1,100 protesters.

(…) We are fighting for our identity. And that identity is different from the mainland identity.

A matter of identity

According to the Hong Kong Public Opinion Research Institute, a high proportion of the population self-identify as Hong Kongers (53%) rather than Chinese (11%). In the Time magazine article entitled, ‘Meet the Young People at the Heart of Hong Kong’s Rebellion’, a 15-year-old protester said that “My father and mother are opposed to me going to the protests. They don’t want me to protest – they call it rioting. Every time I go, I need to hide myself. [My father] doesn’t know I’m on the streets.” Another 20-year-old protester explained that, “It is scary to be on the front lines, but that’s not going to stop me from protecting the people behind me, from protecting Hong Kong. Even though I wasn’t born until after 1997, I can see with my own eyes that Hong Kong is sinking. It is moving backwards.” These words provide an insight into a significant generation gap in Hong Kong: Whilst the older generation grew up under communist restrictions, their children grew up with an expectation of democratic freedoms.

In an interview with University World News headlined ‘Tensions between students rising amid ongoing protests’, a student emphasized how opinions have become polarized in light of the protests. He stated that “We Hong Kong students are in the front line of action here and our passions are strong. We are fighting for our identity. And that identity is different from the mainland identity.” However, it is important to emphasize that there are also pro-government protesters waving China´s red flag. Though a minority in the streets, they rally to support the police, representing the Hong Kong population who claim that violent pro-democracy protests damage the freedoms of Hong Kong rather than protecting them.

Thanks to their upbringing under ‘one country, two systems’, the youth of Hong Kong from a core element in the pro-democracy protests. However, new regulations banning public gatherings due to COVID-19 have clamped down on mass protests, and it is uncertain how the movement will develop over the following months. But although the protests have eased, resistance endures as protestors gather in small-scale flash mobs and new slogans circulate in cyberspace. In an article in the Guardian, a retired political science professor at the City University of Hong Kong said that, “The anger and frustrations are still there so the movement will not die. It will decline, but will re-emerge when opportunities emerge. People will not forget”. The Hong Kong youth continues to fight for the Hong Kong in which they were raised, calling for self-determination and democracy. ■ 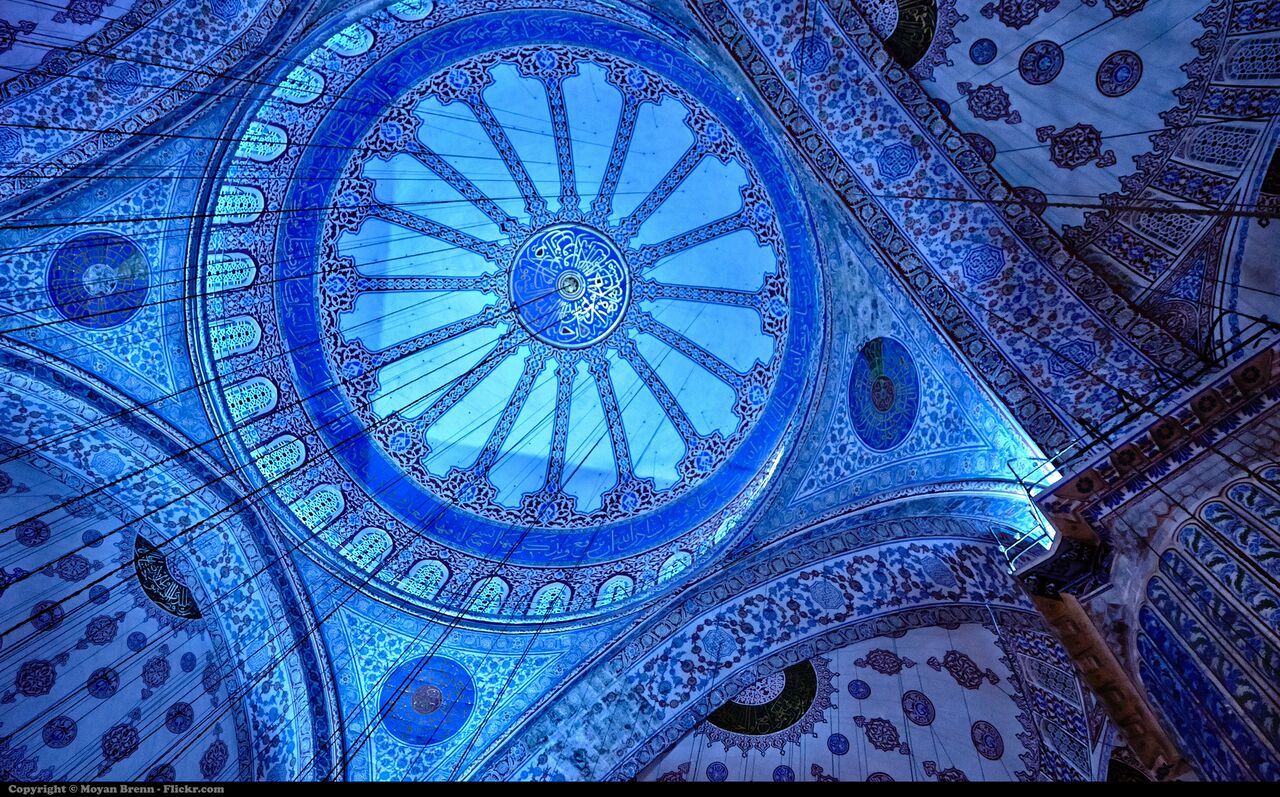 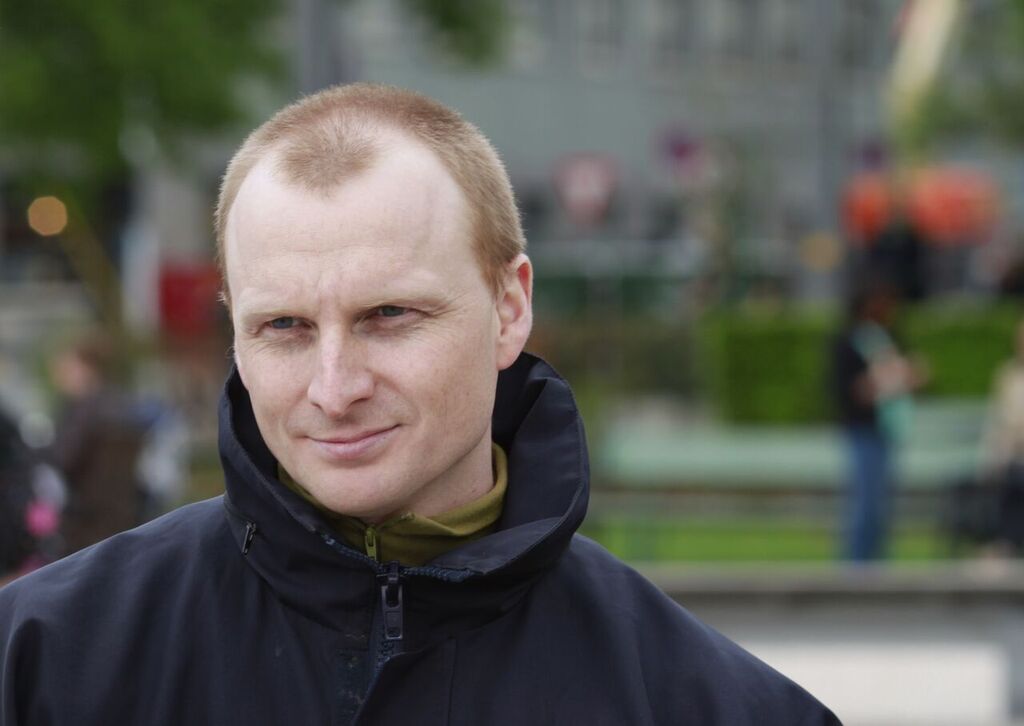 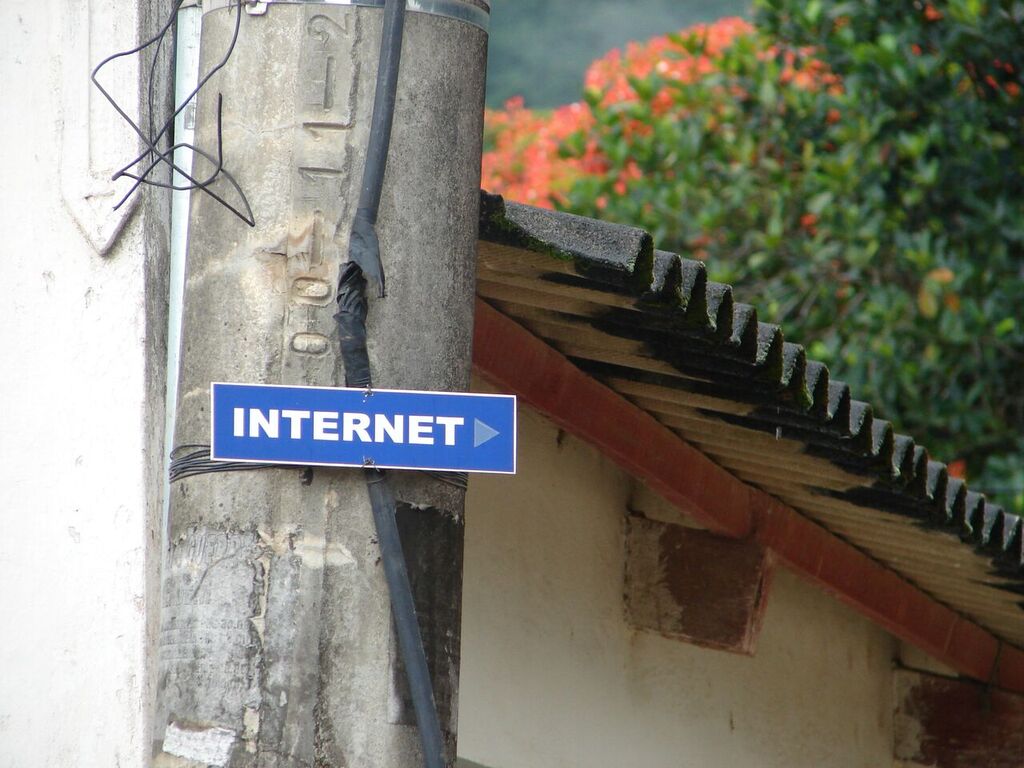 After the terror last year, Jens Stoltenberg struck a chord that resonated within the Norwegian people when he stated that “our response will be more democracy, more openness and more humanity, but never naivety”. Rather than discussing the naivety aspect as many others do in the wake of the Gjørv-commission, … Les mer