The 2030 framework – a postdoctoral perspective

European Union leaders agreed on a 2030 framework for climate and energy policies on October 23, 2014. We talked to Kacper Szulecki, postdoctoral researcher at the Department of Political Science, about the EU’s decision and our common future under climate change.

It was not easy to come to an agreement this fall, but European leaders seemed pleased with the result. The framework is supposed to lead the way not only for EU members, but for the entire world.   The main goal is to reduce greenhouse gas emissions by at least 40% compared to 1990 levels, and the word “ambitious” has been used frequently to describe the target. We want to know whether Szulecki agrees. His answer is instantaneous.   – I do not think this is a very ambitious plan. This is an absolute minimum if we understand how this is supposed to contribute to the larger global climate protection at first. On the hold, I think that this is the right decision, but it is in fact not a very ambitious decision.   A few days after the agreement, the president of the European Council stated that this is a fair plan, and Szulecki does not think that is far from the truth. 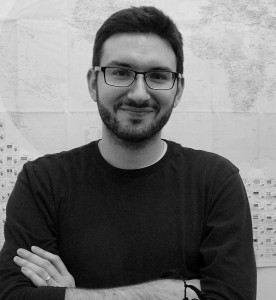 – The European Commission and the European Council have done a lot to do their homework since the last framework. The burden sharing, and making it just and affordable for the member countries have been very, very important things. There are mechanisms in this deal that make it easier for the different countries to contribute differently.

A continent of change

European countries will have to go through significant changes to reach the goal. In the next two decades the whole system of energy must be reformed, but we are also moving beyond energy. – We are moving to the transport sector. We need to think holistically about the emissions and about our economy, and how to decarbonize the whole economy, Szulecki points out.   However, this is not an easy fix that European leaders can solve over a cup of coffee. To reach the goal, Europeans have to change their lifestyles as well.   – We can do things from the top-down. We can reform the economy. But then, things boil down to consumer choices and our awareness. Compared to other places in the world, Europe is a good place to start. Of course, some countries are more environmentally aware than others – what is obvious in Germany is not that obvious in Norway, and it might be completely outrageous in Poland.   There are challenging times ahead of us, but Szulecki does not think the EU has made a promise it cannot keep.   – Those goals and those targets are not the only instruments we have. There is the emissions trading scheme, and there are European laws that are going to help. And of course, this can be re-negotiated.

The second goal of the framework is to increase the share of renewable energy to at least 27% of the EU consumption by 2030.   This target is only binding at EU level. What are the consequences?   – Some countries will expand their renewables very much, while others are just going to do the minimum. We need to really think in terms of regional possibilities, so you have to put renewables where it is most efficient for the entire region, and not where state policies are best suited.   So you are not happy with the solution?   – No, I am not really happy with the solution.   Furthermore, the third part of the plan is to increase energy efficiency by at least 27%. Szulecki says that energy efficiency is known as the easiest and cheapest solution, but “when it comes to political decisions, nobody actually takes them”.   – Germany, which is doing its ambitious energy transformation, is really doing very little in the energy efficiency part. It is parted out as a great weakness. Poland, on the other hand, has always emphasized the need for energy efficiency. It has a fairly good domestic regulation for that, but still it is not going to commit itself.   We do not have to look far to see an ignorant use of energy.   – When I talk to Norwegians, I always give the example of the Norwegian building sector, which is horribly, horribly inefficient compared to the rest of Europe. If you go downstairs in this building, there is this certificate showing the energy class of the building. I think it says E or G, and it is marked in green. In continental Europe, anything below A is not going to be shown in green anymore. But it is difficult with the traditional Norwegian houses – it is difficult to make them energy efficient.   He laughs for a brief moment before he continues.   – I understand that Norwegians are attached to the way their houses look like.

During the last years we have witnessed the Eurozone crisis, and it looks like the EU has a dark financial future. This is why the union is looking at new ways to solve its financial problems.   – What they are trying to do now is to make climate policy part of the solution to the financial crisis. The idea is exactly to create an additional boost for the economy. Southern European countries like Greece, Spain, Italy and Portugal are showing us the example of places where the financial crisis is most physical and the consequences so far are most severe, but this is also where we can stimulate this new kind of economy.   Sacrifices must be made, but Szulecki thinks it is worth the struggle.   – To reach these goals has a high price, but it is quite balanced if you put both costs and benefits in the picture. We should make the debate focus more on the benefits we get from changing our energy system.

Get the world moving

The 2015 United Nations Climate Change Conference will take place in Paris next spring. Will the rest of the world follow the EU’s lead?

– There are voices saying that Europe is no longer in the lead. People tend to focus on the international level, saying that for example the United States are not doing enough, China is not doing enough. But if you look at different states in the US, and different provinces in China, then you will see that there is actually a lot of activity there, which is perhaps outracing Europe already.   Nevertheless, Szulecki is still fairly pessimistic about the general outcome of the United Nations framework for climate change process.

– We are watching a process that is so frustrating, and so disappointing. I have noticed that many people are just fed up with climate policy on the global level. We know that there is a global problem. There are consequences that are going to be visible in one or two generations, and we see this lack of appropriate activity on the side of the politicians. But of course, there is this idea of just dropping this top-down UN process altogether, and focusing more on a bottom-up solution to climate change.   Is it easy to get countries like China and Russia to go with the UN?

– China and Russia are very different. They are on two almost opposite poles. China is very much aware of the reasons for climate change, because they are already seeing some of it. They really want to have cleaner energy. They are already investing a lot

– I think every third wind turbine is built in China, and they have a massive solar power industry. They are actually leading in many sectors. The only thing that they want is for this not to constrain their economic growth very much, so that is why they will probably want an agreement that is binding for them, the US and Europe.   Russia, on the other hand, has a different approach.

– Russia is questioning the whole idea of the need to act against climate change. Russians think they will benefit from climate change. They think Siberia is going to be agricultural productive because of global warming, which might not be the case.

The 2030 framework for climate and energy policies comes at a crucial time, and it still remains to be seen if the EU and the world community can live up to its ambitions. Naturally, we have to ask: Do you think the future is bright?

– It seems like the risk of climate change is not really evident enough for policy makers and for the societies. The main problem with climate policy is that we have to think in terms of not our own problems, but the problems of our grandchildren. It is natural that people question that.   He smiles for a brief second. – I would really hope the future is bright.   [otw_shortcode_info_box border_style=”bordered” background_pattern=”otw-pattern-1″] The 2030 framework for climate and energy policies: • A main target is to reduce EU domestic greenhouse gas emissions by at least 40% below the 1990 level by 2030. • The framework also sets a target for at least 27% for renewable energy and energy savings by 2030. • It aims to make the EU’s economic and energy system more competitive, secure and sustainable. • Read more here [/otw_shortcode_info_box]