They grab, you fight

This is a story of battles lost century after century, there will always be Goliaths who never seem to cease to desire what little the Davids have left.

It is perhaps not so natural for us to imagine that most of the land in Norway and England was no-ones. Nobody really cared about owning land since it was abundant, opened. Nobody even thought about owning most of it. The land used freely and shared in an open field system was known as a common and is still traditionally called so. You might have heard it in an Alt J song “Bloodflood”, where the word is so poetically dismembered into “C-O double M-O-N”. Joe Newman sings about the Southampton Common which history reflects quite nicely the history of the open field system.

Not so tragic tragedy

Another word one usually connects with “common” is “tragedy”. And here, to use another musical analogy, it is not that kind of tragedy “when the feeling´s gone and you can´t go on”. It’s more like: “All the resources are gone and you can’t go on – go on exploiting the common”. The theory called «Tragedy of the Commons» explained how a shared, ownerless resource with unlimited access will surely and inevitably become overexploited and ultimately spoiled. It is a somewhat logical argument, promoted since the 60s, and it explains the necessity of land enclosure. However, if you get interested in the work that brought Elinor Ostrom a Nobel Memorial Prize in Economic Sciences you will find the proof contradicting the tragedy story.

Their land has been enclosured in a sense that it has been either leased to an investor, or simply sold. Because it was no ones 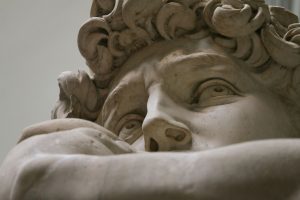 And so, starting in England, the commons became defunct, claimed, commodified, in other words: privatized. The UK Parliament passed thousands of enclosure acts, or «improvement» acts, on the course of several hundred years. There is a lot of history here to be read, but the long story is made short here. Acting in sync with the Industrial Revolution, the procedure accelerated. Those acts legally took away the right of free access to the land. The areal became a private property. Unable to live of the land any more, the new landless class of so far independent poor farmers moved to the cities to supply developing industries with their labor. Those who remained in the country worked for a wage as well.

In economics classes you will learn about the pull: factories paid better. But was everyone convinced by that? If you want to move something, you should pull, yes, but you might also want to push at the same time. That final push was the enclosure. Now the commoners had little choice. Some chose to actively riot, others submitted to the violence that threw them out of their homes. But all had to submit to the new order.

Enclosure all over again?

It is not particularly difficult of an exercise to imagine the state of mind of someone whose lived their whole life farming or letting their animals graze on the open fields, and then one day being visited by enclosure commissioner. Heck, we don’t have to imagine. All we need to do is to take a trip to Mali, Cameroon, Mozambique, Sierra Leone or to South-East Asia. Talk to those who were farming land and making a living and all of the sudden they couldn’t anymore. Their land has been enclosured in a sense that it has been either leased to an investor, or simply sold. Because it was no ones. Well, actually, there’ve been families living there since forever, people who couldn’t read or write perhaps, and whose minds could not comprehend that unless they have a piece of paper confirming their ownership, their livelihood could be taken away from them overnight. That was what happened. Now, we call that land grabbing, not enclosure, but the stories seem familiar, don’t they?

There comes a Goliath, the investor, to another Goliath, the state, and so the former uses its violence monopoly to enforce the deal. The local people, the Davids of this world, if not displaced by one or another violent act, get turned into laborers. The story repeats itself. For the Chinese, or French, or Canadian, or American investor the deal is forever so sweet. Thanks to their plantation in the futile southern country and thanks to its completely deprived of options, cheap labor, it can get rich by supplying palm oil, or bananas, or coffee, or sugar.

Before the 2008 financial crush, real estate was the safe business. “Who doesn´t pay their mortgage?” everyone in the movie «The Big Short» was asking while smiling. Turned out that the perspective of being homeless was not scary enough. But hunger is more real, more urgent. Food became the most secure investment. People will always get hungry, and hungry people will always pay up, or perish.

The parallels across centuries

Now, academically speaking, it is still unclear who is right. Was the enclosure necessary for development by advantages of economies of scale, or was it a fuel for profit-making and exploitation? However if those who see in the developing countries today the emulation of the industrialization processes of the so called Western world, then enclosure would become land grabbing. If social society organizations and workers themselves call their working conditions modern slavery, would that not correspond the 19th century’s Manchester textile workers?

Whenever they can, the farmers are organizing under, for example, La Via Campesina, which is an international movement bringing farmers and and in Asia, America and Europe. Their solidarity brings effects especially in Latin America, proving that many Davids can beat a Goliath. What we need is a global organization of Davids against the intimidating and already organized Goliaths. Students in Norway won’t get evicted, but protected. The Norwegian state is a David state because it was built as such. Community commons has been doing fine, allowing for unified management of natural resources. But what we can never forget is the nature of a Goliath. As long as it feels stronger than David, it will not stop attacking, so that the latter can never put down his guard.

5 at Blindern
Introver(d)t
“My dream is to have an own hotel in Bali”: a fascinating talk of how to be a successful hostel mana...
Velkommen til forbedringssamfunnet
Tagged  differences, England, goliath, history, lands, no-ones, nobel memorial prize, norway, repeat, samfunn, samfunnsvitern, throwback, UiO.
Bookmark the permalink.