Food. You need it, you want it, everybody does. But not everybody cares to know what food products comprise, where and how are they being produced and, ultimately, what do we eat. The problem of disconnection between the consumer and the product is undoubtedly most apparent in the food industry.

There is however an ever growing movement which tries to reintroduce that connection among those who need it the most – the populations of the cities. Thanks to urban farming movement, mini-farms and gardens are taking over empty squares, parks, roofs and backyards. People grow vegetables, keep few chickens or have a bee house right in the middle of the city. But you don’t need much to be a part of it. As long as you have windows, there is hope.

Traceability from: window to: plate

Humans have replaced the food chain with the food supply chain. The problem is that the latest can be as vague as anything. Ingredient traceability is a complex and very expansive venture, and despite advanced analytical testing it is virtually impossible to uncover all the circumstances that lead to, say, a Starbucks’ cup of cappuccino. Although nutrition labels help, this applies to every highly processed food product made by a multinational company, which means a huge chunk of the things we eat. Some people are not ok with that. They want to know. What better way to know your food than to grow it? 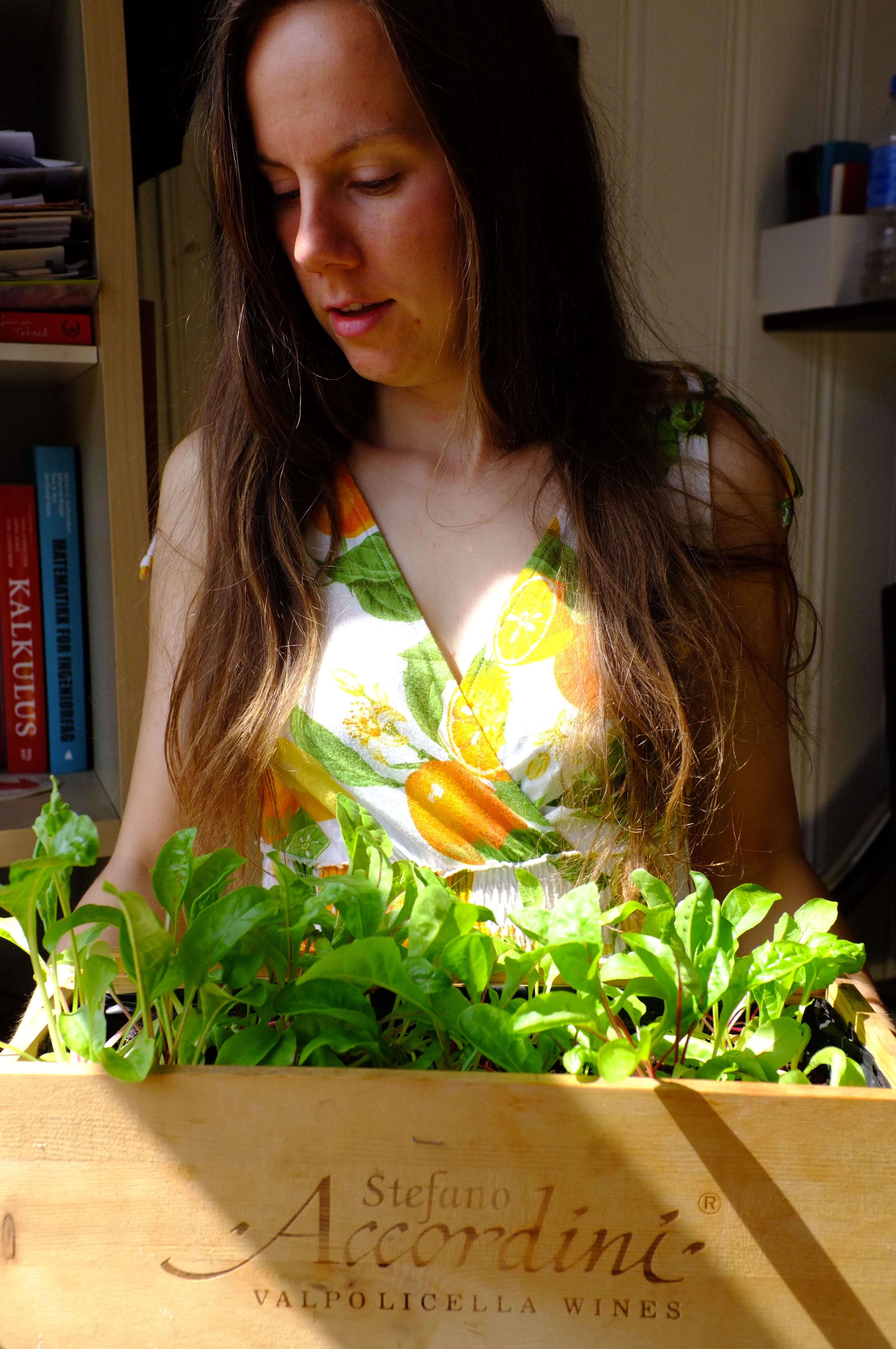 Anna Karlsson studies at Ås and volunteers for Spire, student organization for sustainability and global justice. She is especially interested in food security and an expert on Norway’s soya import policy that destroys Brazil’s natural resources. On her windowsills near Schouss Plass you will find sprouting salads, lychee, kiwis, pumpkin, paprika, oranges and more. FOTO: Natasza Bogacz.

What truth does to you

Let us take the 2008 documentary “Food, Inc.” as a starting point. The movie shows the hidden part of the US food industry. Especially the meat industry practices revealed there shocked the audiences. Farmers being bullied by corporations like Monsanto, costs being cut for the price of consumers’ health, not to mention the immense suffering of the animals – may not be a pressing matter for us living in Norway. However the latest publications like “Sannheten på boret” by Niels Christian Geelmuydens show that the demand for transparency exists also here. Finding out the ugly truth would make anyone seriously consider buying food from local producers. Or even, preferably, farmers that you can meet in person. Maybe even have lunch with. Organize play-dates for the kids together? And in the end, inevitably, move into the farmhouse next to theirs. In more realistic scenario though, you don’t have to jump all the way up on a permaculture level right away – although reading about it wouldn’t hurt. People could consider taking a step forward, even though they live in the city. I call those people window farmers.

Perhaps “taking a step forward” isn’t the best way to put it, since it isn’t necessarily how some window farmers perceive their little hobby. Some are indeed members of an activist movement against industrial farming and they did in fact discover a vocation to resist unsustainable practices. But having a tomato plant on your windowsill does not have to be a political statement. In fact, the urban farming movement spreads by means of the only social mechanism that seems to work when it comes to spreading ideas – it is becoming cool. The interesting part is this: just like the trend for living off the grid, the farming trend is neither new nor niche. To think that all the work to document devastating effect the industrial farming has on both rural communities and the environment, all the campaigning for smallholding, the UN recognizing their superiority in the long run, all this was essentially for nothing – the thing that is going to save the world is fashion. Touché, Vanity Fair.

Unless you study agriculture, you would probably need to read something that isn’t a part of the curriculum, which can be a challenge. But watching the plants grow and eventually, with a bit of luck, eating a homegrown tomato or a paprika is one of a kind experience that used to be a part of most of peoples’ lives not that long ago. After all – or as they say in Norway “to the seventh and last” – isn’t farming the cradle of our civilization?

Regardless of why you do it, whether you have a passion for things that grow or you want to have something to talk about over dinner parties, the bi-product of the process being reconnecting people with their food can have the potential of changing societies. For the better. 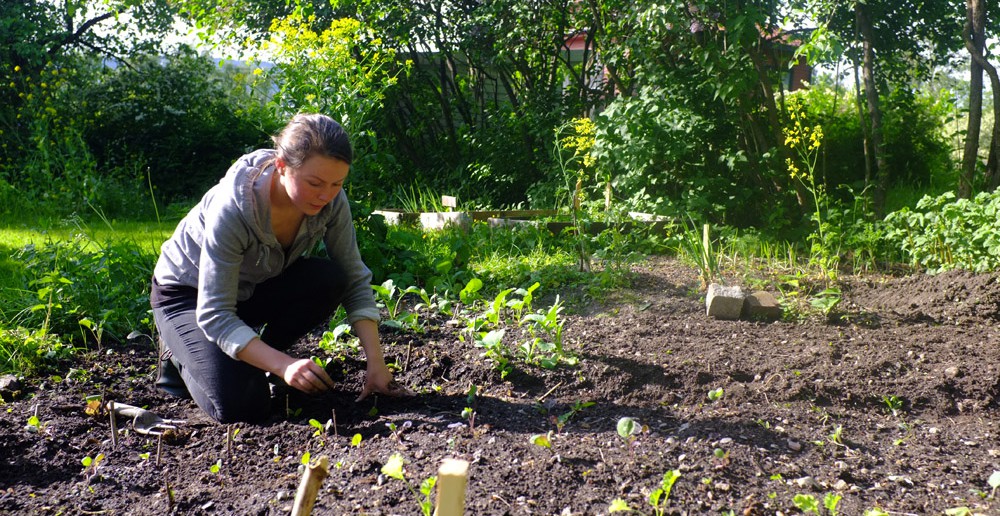 The student garden at Blinder campus is an option for a more outdoor type of both plants and people. When your tomato plant is big enough, you can bring it here and then visit every Thursday on a dugnad. Julia Natasza Gundersen (here tending the tiny curly-leaf kale) and her redcurrant both enjoy the garden. FOTO: Natasza Bogacz